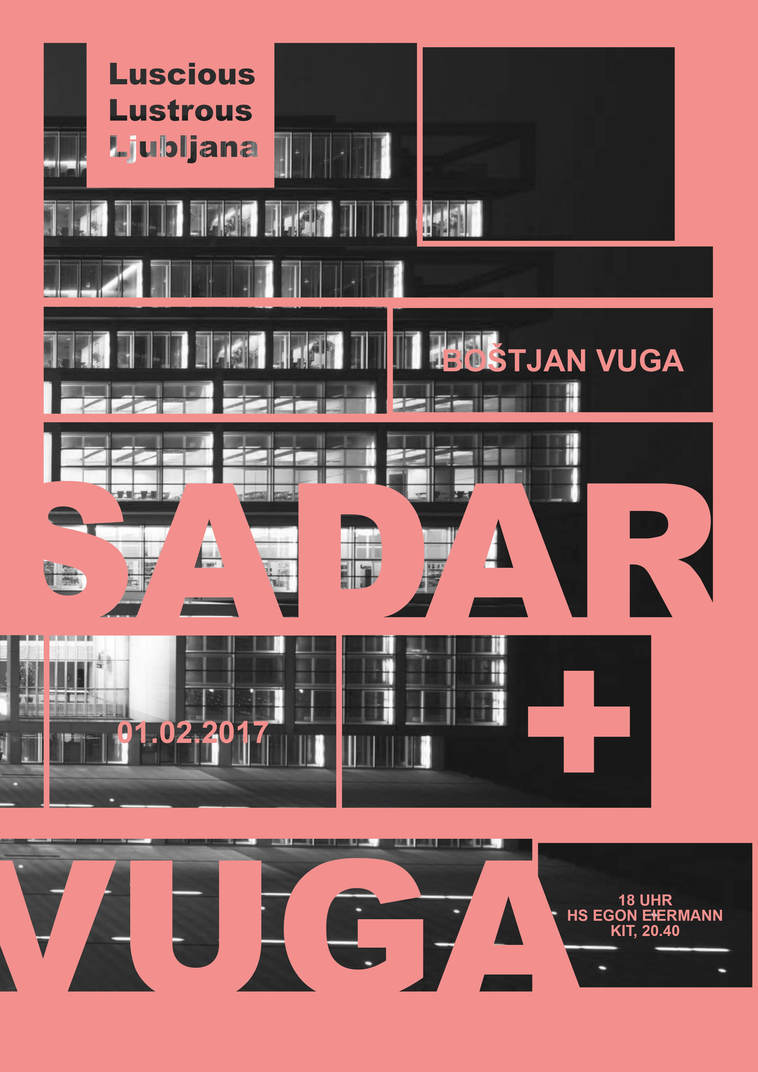 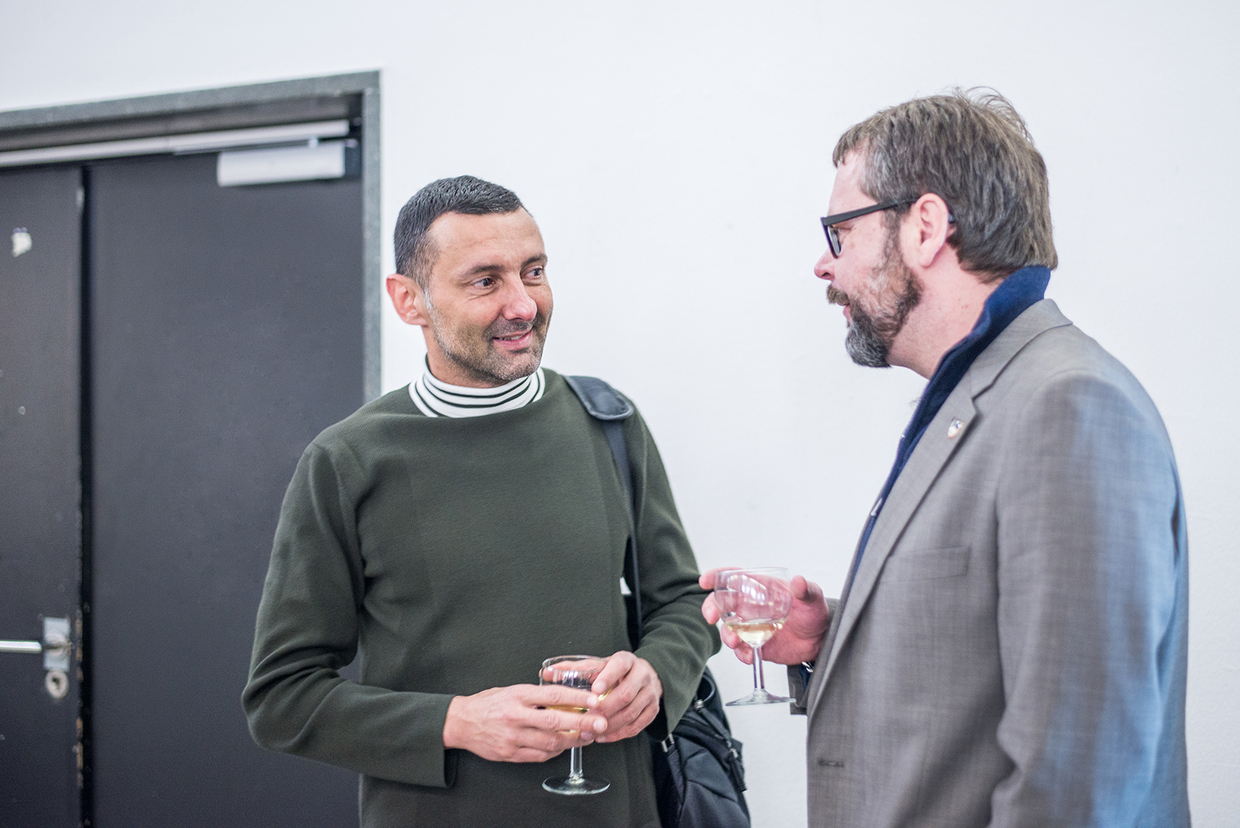 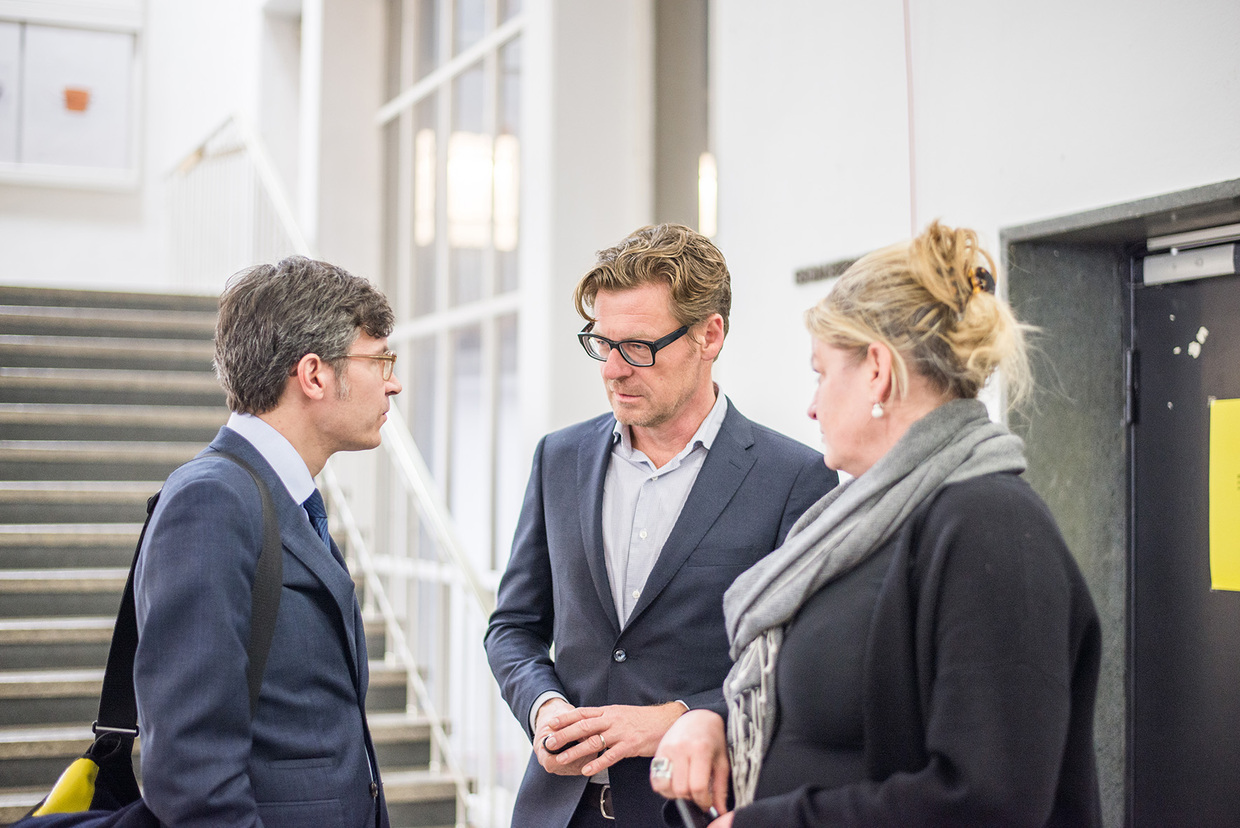 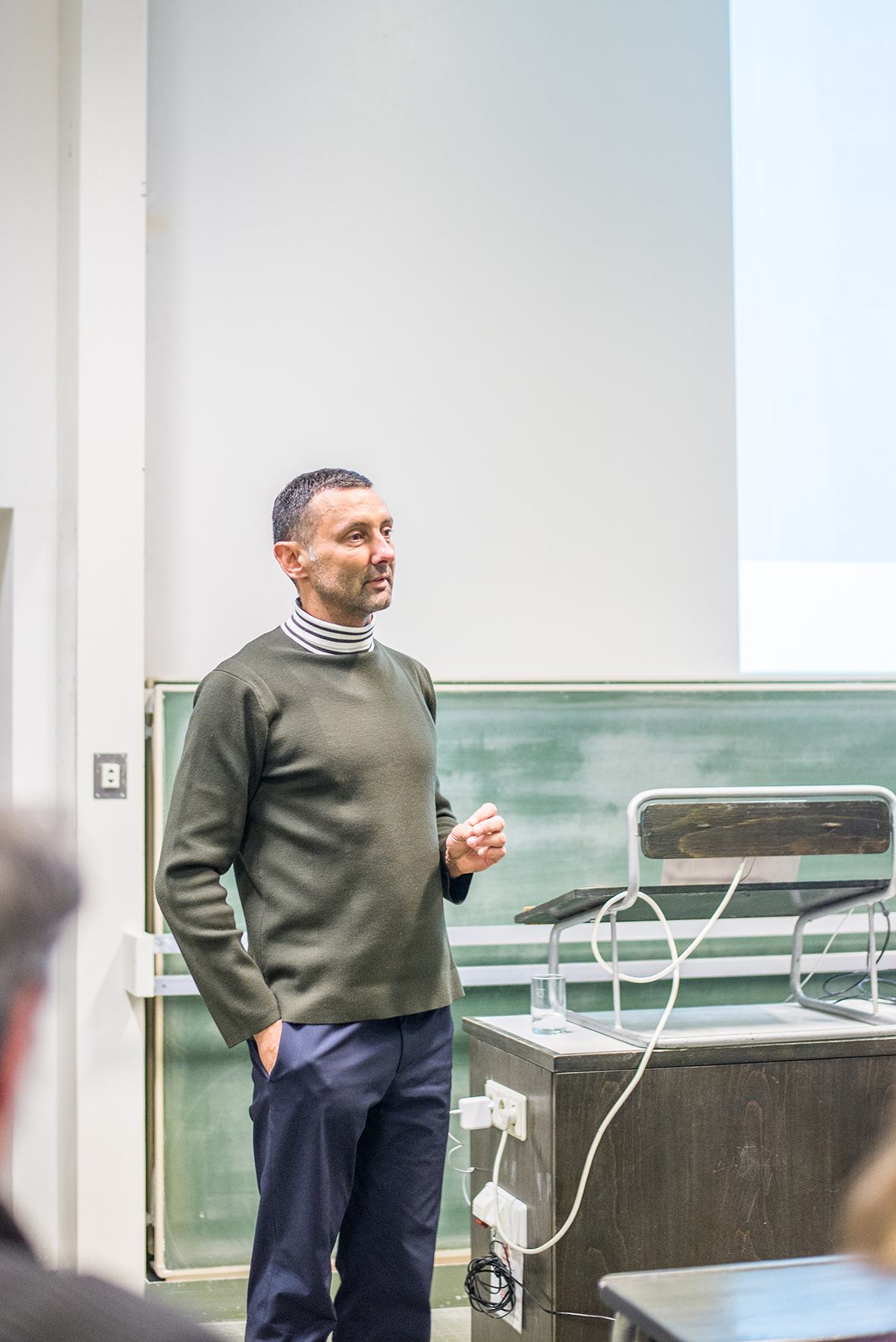 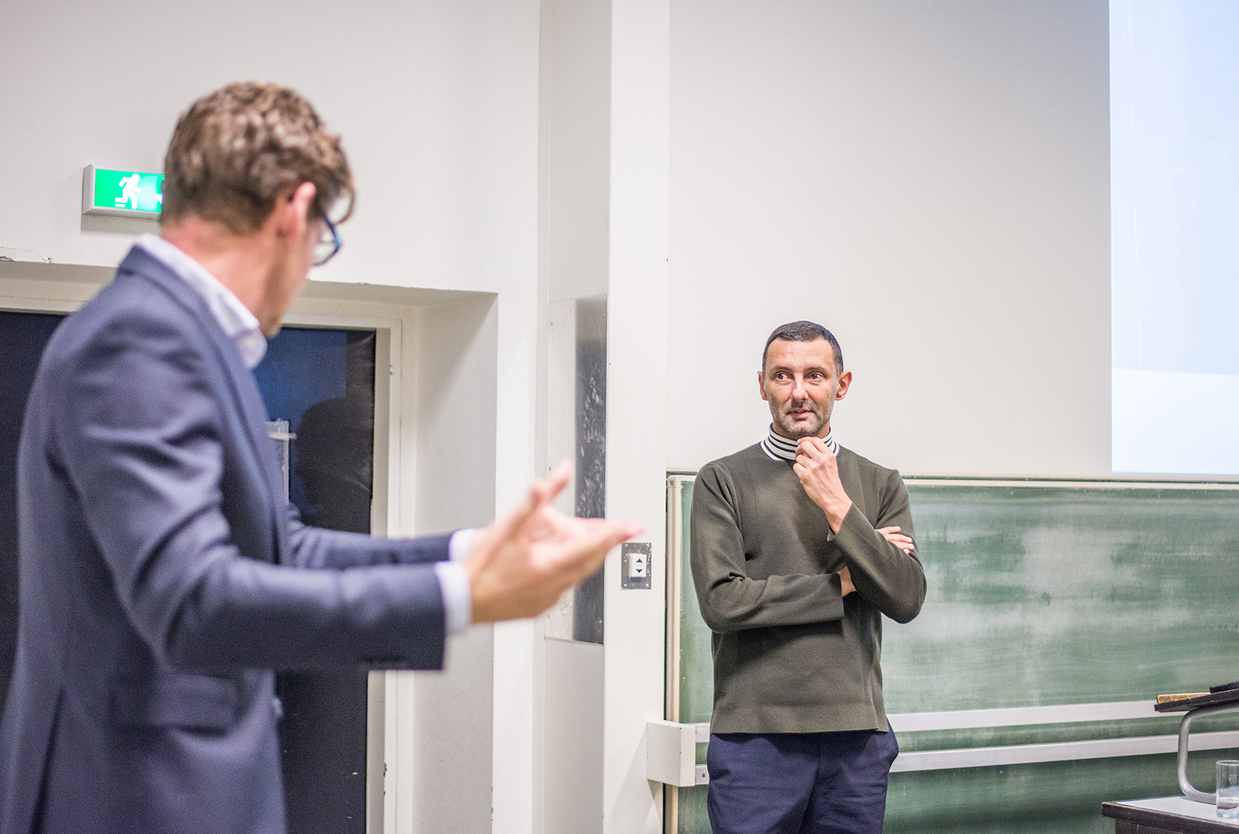 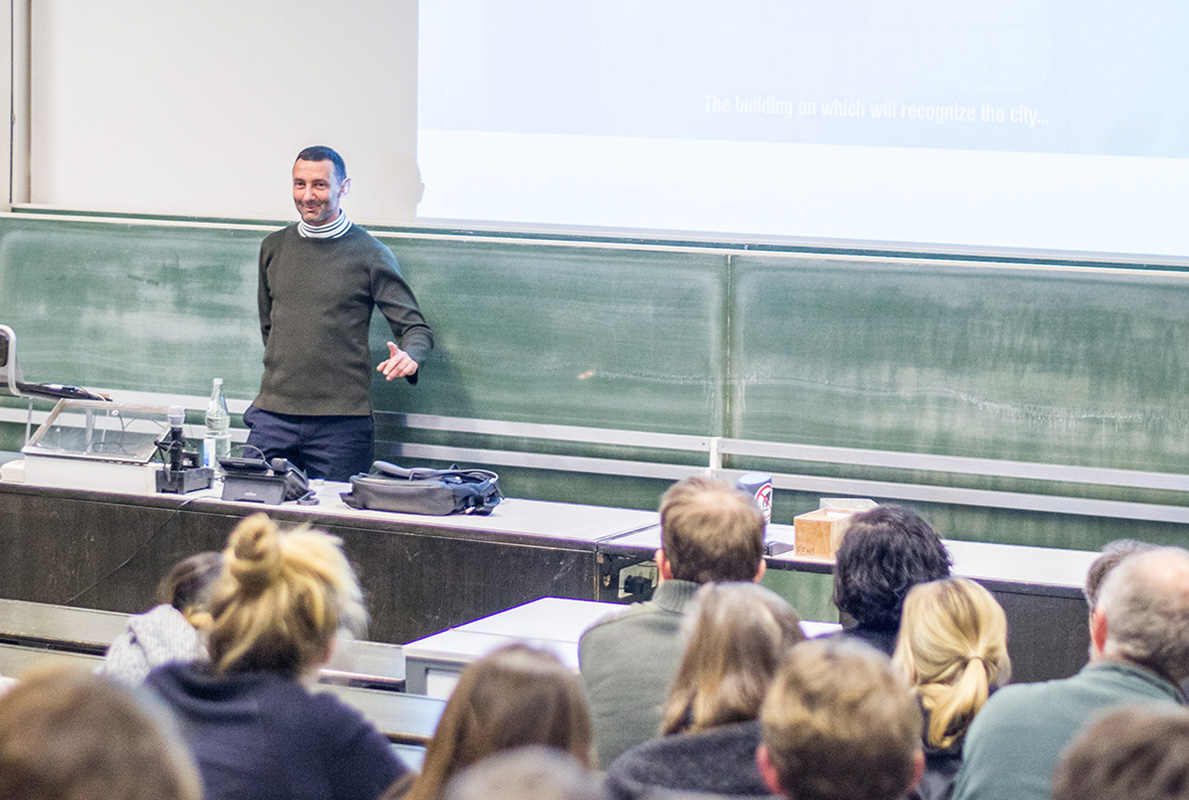 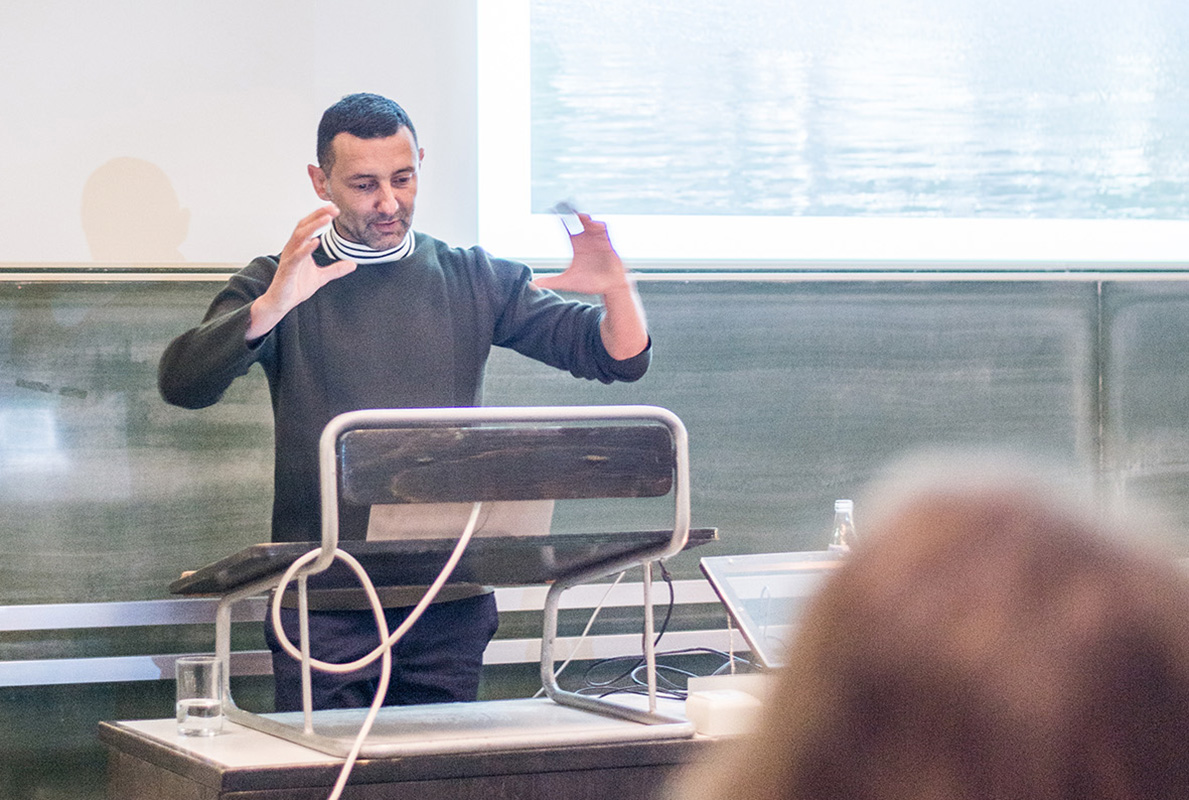 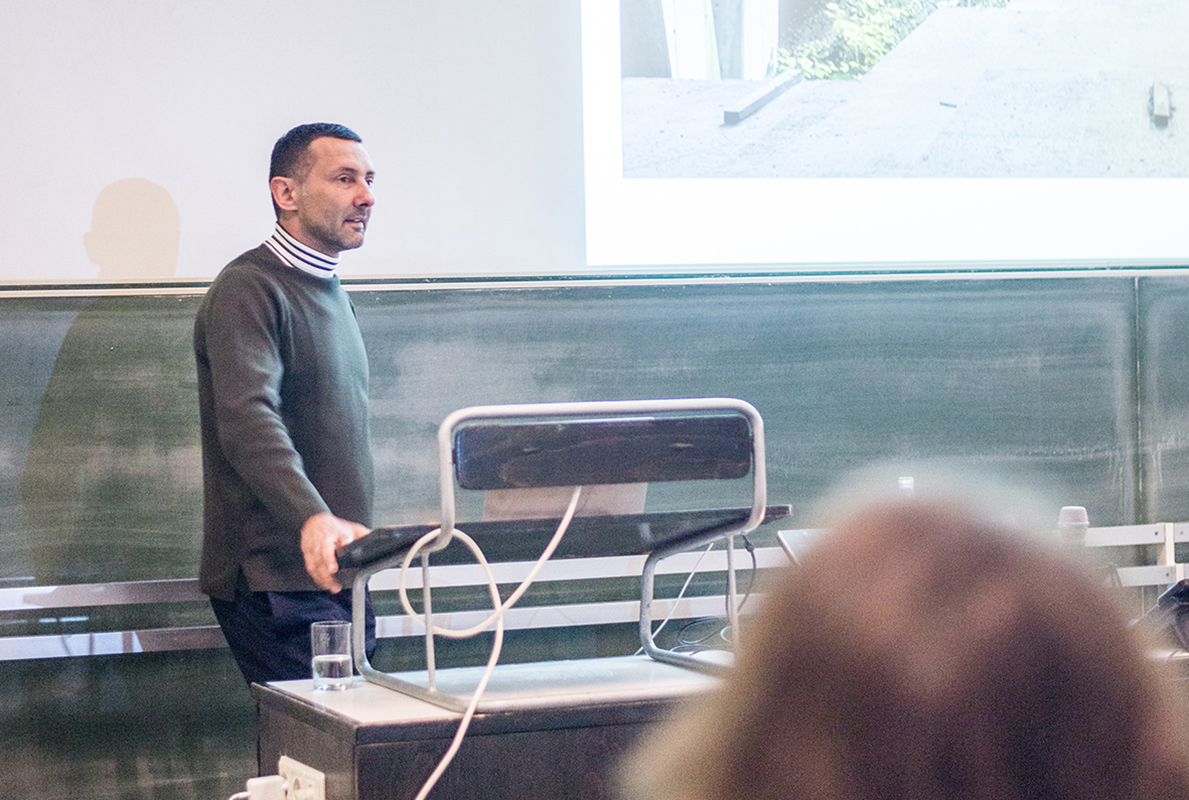 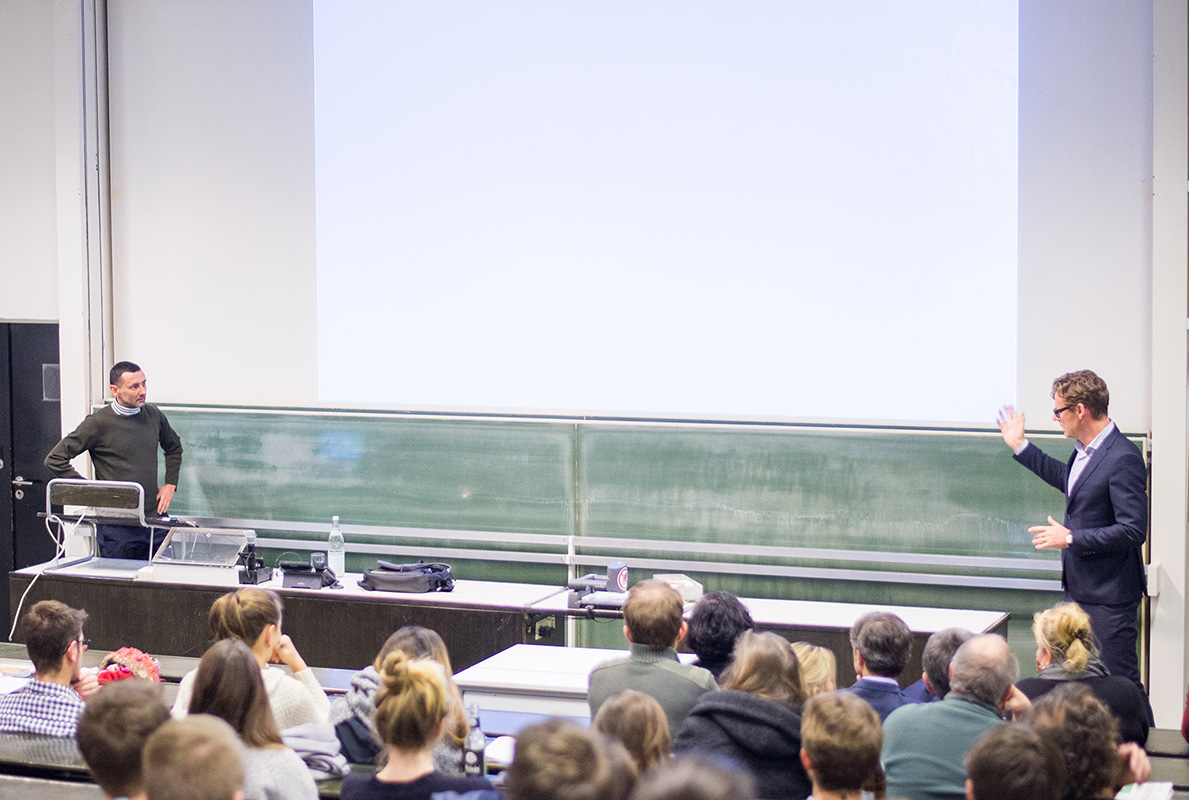 Bostjan Vuga has taught at the Berlage Institute Rotterdam, the IAAC Barcelona, the Faculty of Architecture Ljubljana, TU Berlin and MSA Muenster. He was a visiting critic at AA London, the Bauhaus Kolleg in Dessau, the ETH in Zürich, Leopold-Franzens-Universität Innsbruck, EIA Ecole D’ingenieurs et d’architectes Fribourg, the Academy of Visual Arts Vienna among others. He regularly lectures at architectural schools, conferences, and symposia in Slovenia and abroad. He publishes articles about current issues in architecture and urban planning.

Boštjan Vuga co-curated the Montenegro Pavilion at the 14th Venice Biennale of Architecture in 2014. Since 2014 he functions as president of the council of the MAO Museum of Architecture and Design of Slovenia in Ljubljana.

SADAR+VUGA was founded by Jurij Sadar and Boštjan Vuga in 1996. Over the past two decades the company has been an incubator of critical European architectural practice focusing on open, innovative and integrated architectural design and urban planning.

The office has a forward-leaping and often critical approach, covering a wide spectrum of production from urban planning to interior design. The stimulation for its projects comes from visual, audial and textual information, from art and fashion, science and technology, allowing them to generate a sensitive and responsive environment to live in. The client base reflects the diversity of the office, ranging from municipal and central governments, private and national arts bodies, to local clients and international developers.

For its projects the office has been awarded numerous prizes, such as Bauwelt Prize, Iconic Award, Archmarathon Award, Piranesi award and has been nominated for Mies van der Rohe Award eight times. The office’s work is featured as part of the permanent collection at the Architekturmuseum der TU München and MAO Ljubljana and published in monographs SADAR+VUGA: A Review, Formula New Ljubljana, DD17:Tendencies and 3D-2D:Adventures In and Out of Architecture.

SADAR+VUGA’s largest project – Sports Park Stožice, a hybrid of sports, leisure and commercial programs – was only partially completed due to the recent economic crisis. SADAR+VUGA were involved in an international student workshop searching for possible futures of the large decaying construction site that would be more appropriate for the specific post-capitalist society of 2017.

Similarly, Home of Revolution, a large memorial to the past political regime, was never finished. It has been sitting in the urban tissue of Nikšić, Montenegro for nearly three decades after the project was abandoned in the 80s. After winning an international competition for its adaptation and renovation, SADAR+VUGA, HHF Architects and Archicon are now developing plans for its gradual transition from an urban ruin into a covered public space that would generate culutral, social and economic changes in an industrial Montenegrin town.

Chamber of Commerce and Industry of Slovenia, Ljubljana/Slovenia (1996–1999)